The seminar on How to cope with Chinese Cross-border E-commerce Tax Reform for K-Beauty scheduled on 19 July was jointly held by CIRS (Chemical Inspection &Regulation Service Limited) and CAFA24, Korea’s largest e-commerce platform. In the meanwhile, the MOU (Memorandum of Understanding) between CIRS and CAFE24 was signed in Seoul Centre Hall, capital of South Korea. 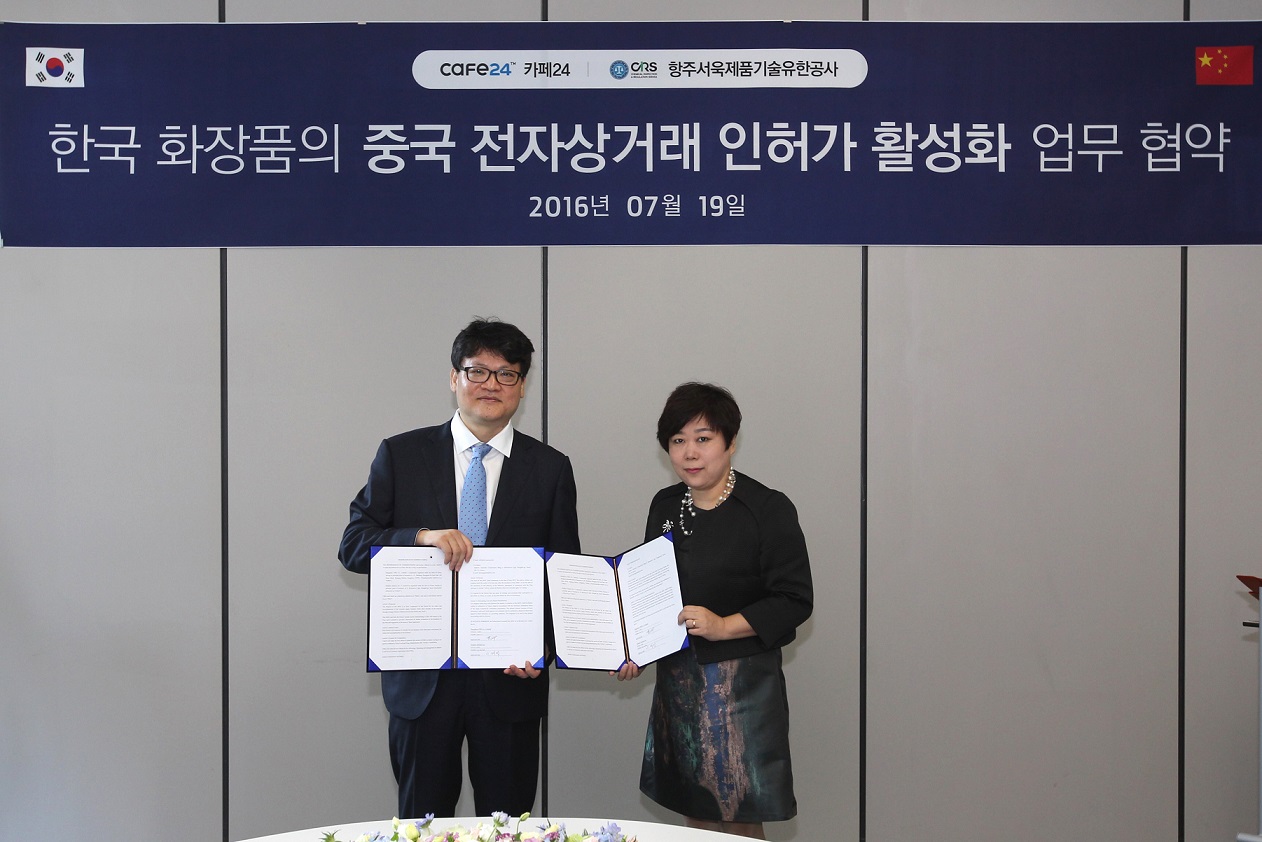 “China is becoming one of the largest markets of Korean cosmetic. The amount of Chinese online transaction in 2015 was 5400 billion KRW, a 35% rise compared to 2014, which will be expected to reach 47000 billion KRW in 2018 with a 30% annual growth.” Li Zaishuo, Cafe24 president, said at the signing ceremony.

Despite there will be around one year until the regulation implemented formally, it’s still a great challenge for e-commerce and SME to cope with the new reform.

Liu said, “In order to furtherensure Korean manufacturers export to Chinasuccessfully, CIRS and CAFE24 will enhance collaboration and make comprehensive analysis on the technical transformation based on the current market situation and latest cosmetic regulations.”

CIRS is one of the largest consulting firms in China providing cosmetic hygienic license application service and has helped over 500 companies including CLIO gain competitive advantage by reducing business risks associations with regulatory affairs and removing barriers to entry.

“MOU signed today shows the two companies have entered a period of pragmatic cooperation.” CIRS president Li Yan told the meeting. According to the agreement, Cafe24 will take charge of submitting hygienic license application and CIRS shoulder a majority of tasks including classification, formula and package review, testing, application documents preparation and other work in the process of license application.

“The cooperation mechanism comes as a natural result of our existing cooperation, and will be a new start for CIRS to explore Korean markets. It also provides a platform for the China-Korea companies to share bilateral cosmetic regulations.”President Li said. 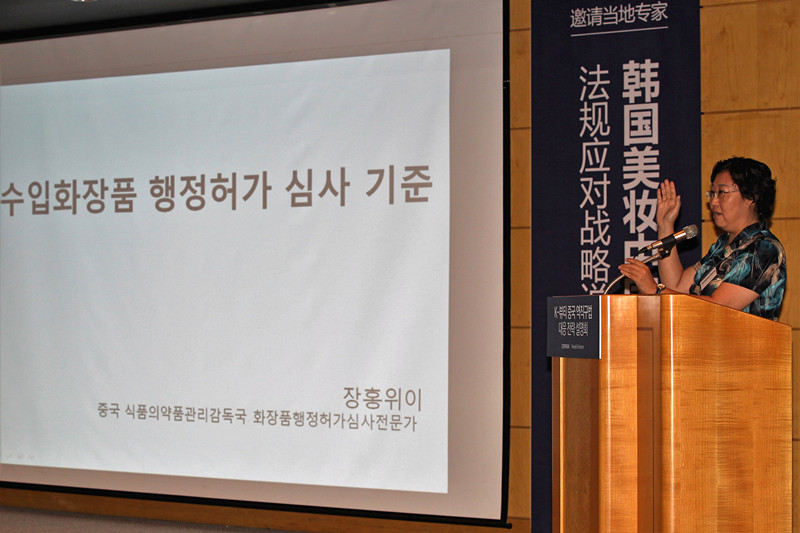 Ms. Zhang Hongwei, the Institute director of Environmental Health and Related Product Safety, China Center for Disease Control & Prevention gave the presentation about the technical review requirements for the registration of imported cosmetics.CIRS introduced the registration requirements of imported cosmeticsand the impact of new tax reform on companies in the seminar. This seminar gave Korean companies a panorama of updated Chinese cosmetic regulations and facilitated eliminating trade barrier for manufacturers between two countries.

“If we draw up timely export plan in accordance with current market situation, in all probability our enterprises will seize this reform opportunity to enlarge K-beauty market share in China.”Liu concluded the seminar.