CIRS attended the Korea REACH Expo 2017 held by Korea Ministry of Trade, Industry and Energy (MOTIE) and Korea National Cleaner Production Center (KITECH-KNCPC) in KCCI (Korea Chamber of Commerce & Industry), Seoul, on April 20. Over 200 representatives from Korean chemical industry attended the Expo. CIRS is the only foreign company among all the chemical regulatory companies invited to set the booth and give the speech during the Expo. 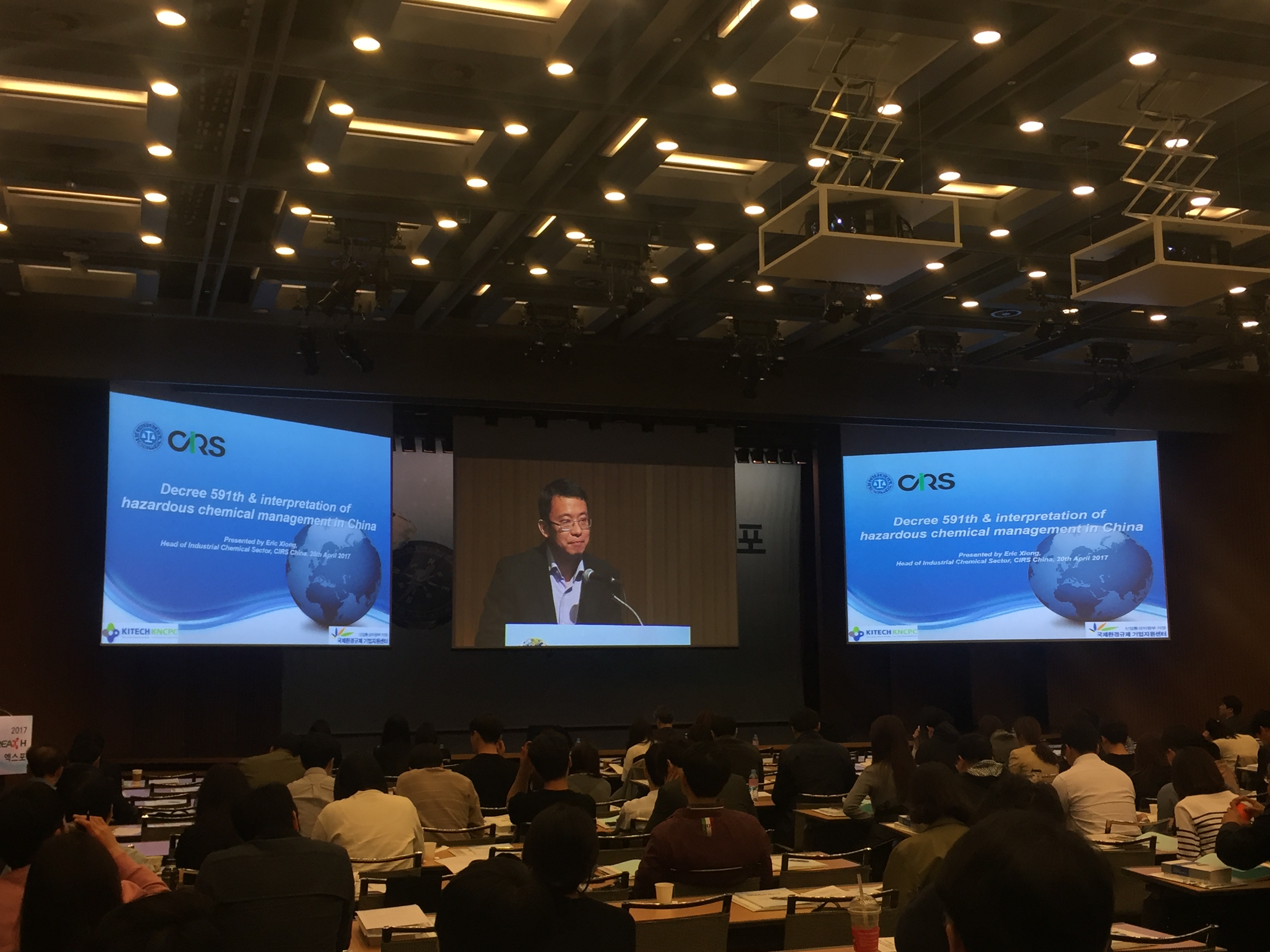 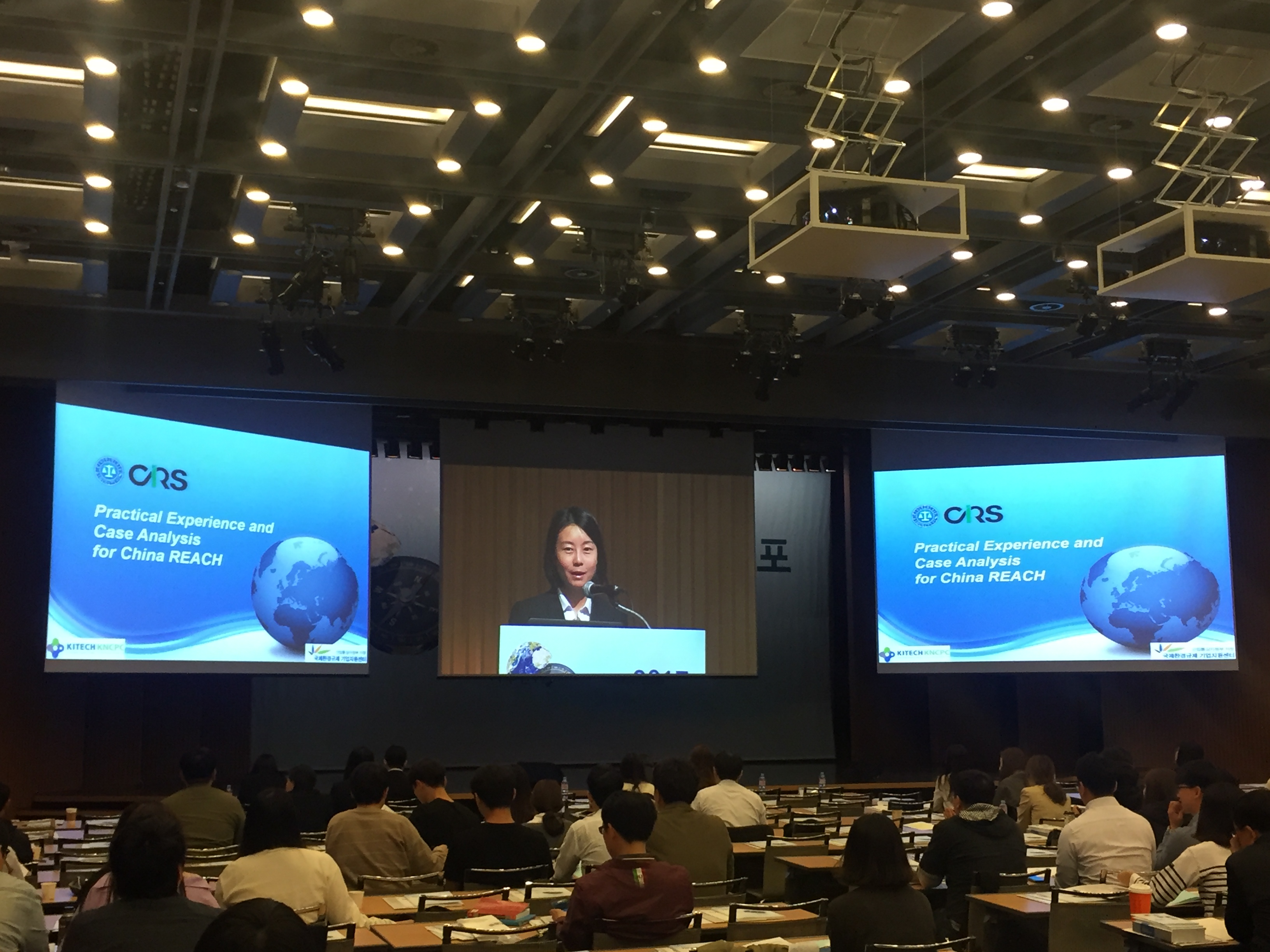 Being one of the most promising chemical markets, the safety management and the regulatory compliance requirements in China have attracted great attentions from chemical enterprises in Korea. During the Expo, Ms. Jane Song and Mr. Eric Xiong gave speeches on the topics of “Practical experience and case study for China REACH” and “Decree 591th & interpretation of hazardous chemical management in China” respectively. Overwhelming positive responses were received by the representatives as well as the sponsor. Loads of attendees had in-depth exploration with CIRS experts on current chemical regulatory management in China. 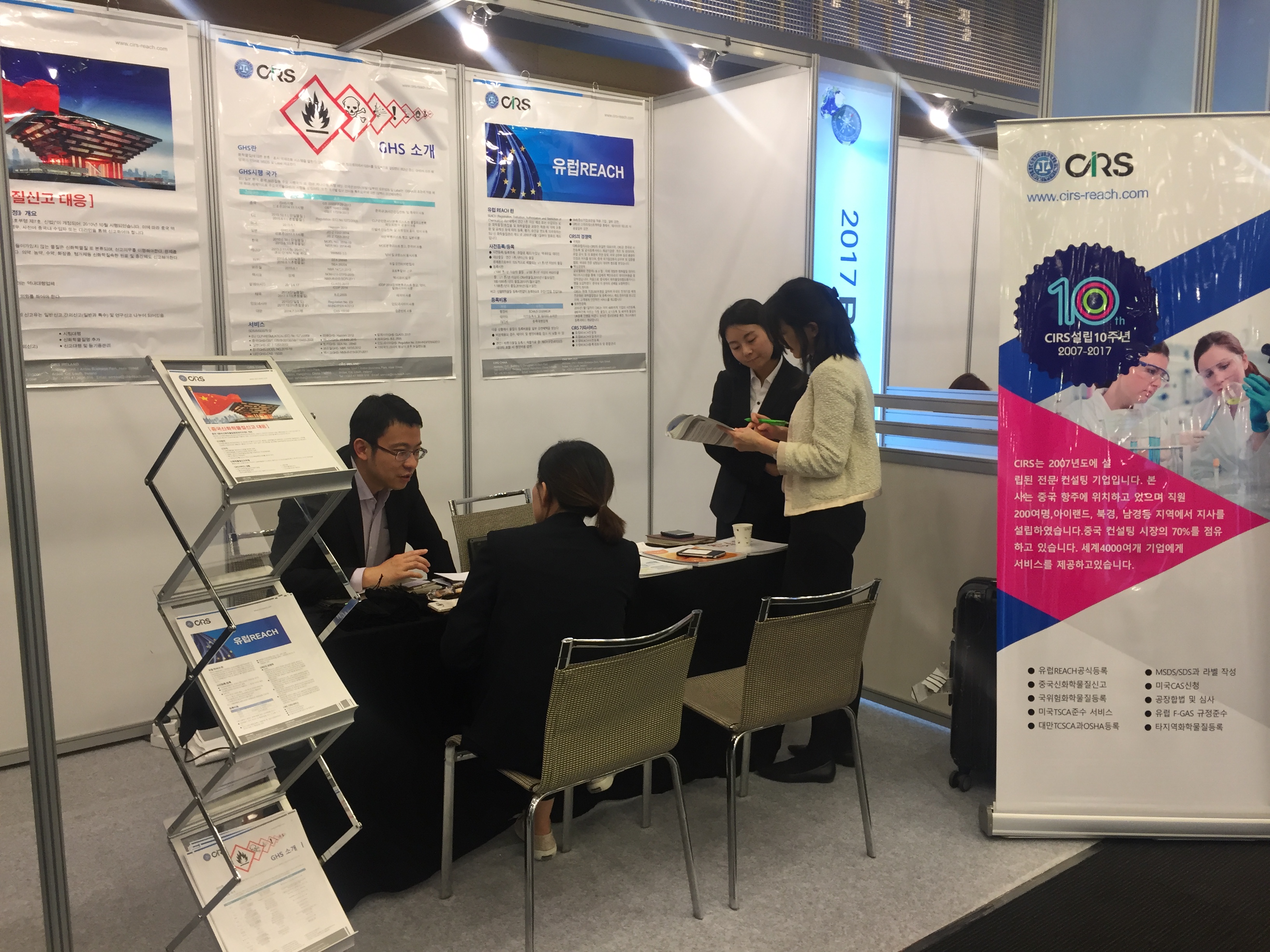 KITECH-KNCPC was established in 1999 as a specialized organization under the Korean Ministry of Knowledge Economy (MKE), with the goal of managing and promoting environmental related project and regulatory progresses. One of their responsibilities is to provide requirement updates and suggestions of environmental management regulations among all of the world’s major countries and regions for their over 5,000 member enterprises in Korea.
Relevant Info.Refresh