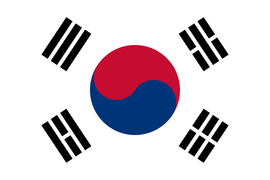 MOE of Korea has issued several supporting documents, including several inventories, to ensure the amended K-REACH regulations can be more standardized operated.

The list of exempted substances is divided into Table 1 and Table 2, which is corresponding to Annex V and Annex IV of EU REACH regulations respectively. The main types of exemptions in Table 1 include impurities and by-products (unintentional substances to place into market); natural existing substances without chemical modification such as minerals, crude oil, coal, coke, liquefied petroleum gas, magnesium oxide, etc.; natural source substances without chemical modification such as vegetable fat, vegetable oil, vegetable wax, animal fat, animal oil, animal wax, and C6 to C24 fatty acids and their potassium, sodium, calcium or magnesium salts; glass and ceramic frits; biogas and compost; hydrogen and oxygen; amino acids and their salts, sugars; base and nucleotide which constitute DNA or RNA, nucleoside with base and sugar, etc.. Compared with the Annex V of EU REACH regulations, the exemption list of Korea includes more biological macromolecules such as bases, amino acids, etc., while other substances remains basically the same.

Table 2 is very close to Annex IV of EU REACH regulations. Most of the entries of Annex IV are adopted. In addition, charcoal, carbon and activated carbon are added.

In terms of CMR substances, compounds such as arsenic, cadmium, lead and chromate account for the majority of the items. Once a substance is included in the list and the registered tonnage is greater than 1 ton/year, the deadline for registration is limited to December 31, 2021.

There are two batches of priority control substances. The first batch of substances will enter into force on July 1, 2019, and the second batch on July 1, 2021, which means that the notification of harmful substances in products will not be involved before July 2019; and the list of priority control substances will not be considered for residual monomers in the confirmation of PLC registration exemption. Once the list of the first batch of priority substances comes into effect on July 1, 2019, enterprises will need to check again and confirm whether the previously submitted confirmation of PLC registration exemption contains 0.1% of the monomer listed in the list of priority substances. If it contains, enterprises shall submit the polymer notification; if it doesn't, then the previous confirmation of PLC registration exemption is still valid, and no additional information will be required.

Asia-Pacific Chemical Inventory Search System (APCISS), which is free for use, can provide all the above-mentioned lists. Enterprises can quickly retrieve relevant inventories and confirm relevant obligations on APCISS.

If you have any needs or questions, please feel free to contact us at service@cirs-reach.com.