Interpretation on the Transport of Hazardous Chemicals in China

Definition and judgment of hazardous chemicals and dangerous goods are different.

Hazardous chemicals: In accordance with Article 3 of Regulations on Safe Management of Hazardous Chemicals (State Council Decree 591), hazardous chemicals refer to highly toxic substances and other chemicals which are toxic, corrosive, explosive, flammable or are combustion-supporting and can do harm to the people, facilities and the environment.

Dangerous Goods: In accordance with Classification and Code of Dangerous Goods (GB6944-2012), dangerous goods refer to substances and articles requiring specific protection that have such hazardous characteristics as explosivity, inflammability, toxicity, infectivity, corrosivity and radioactivity and may cause personal injury, property damage and environmental pollution during transport, storage, production, sales, usage and disposal.

Dangerous goods can be classified into 9 classes based on their hazards and the most predominant hazards. They are:

(2) Some products shall not be classified as hazardous chemicals, but they are dangerous goods, for instance, infectious substances, radioactive substances as well as products like lead-acid battery and lithium battery. 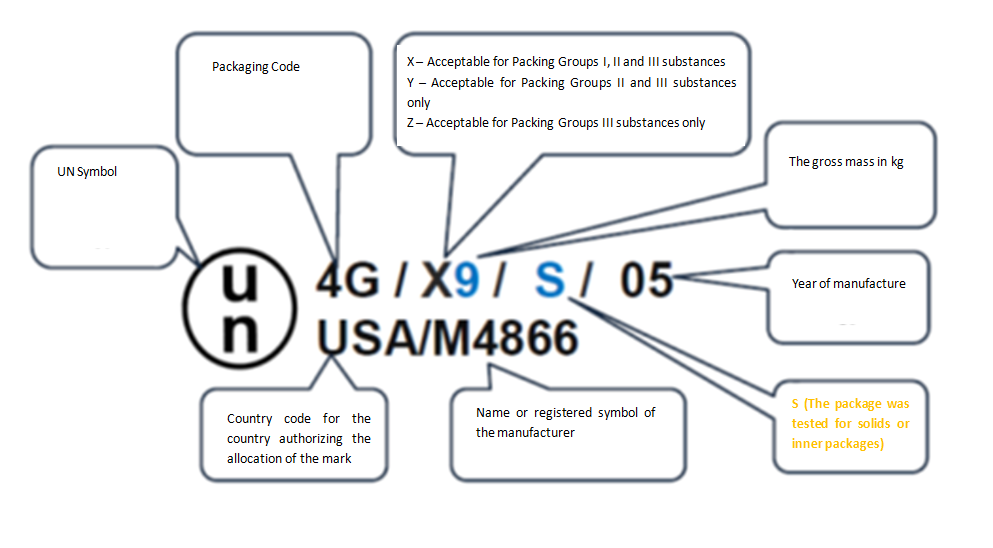 All numbers and letters in the package marks have specific meanings, for instance: 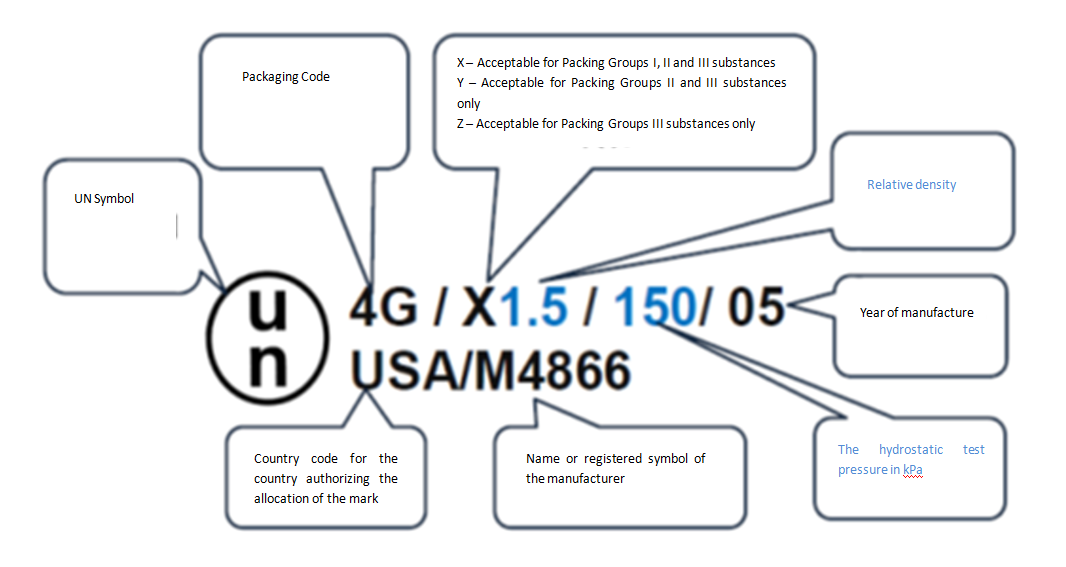 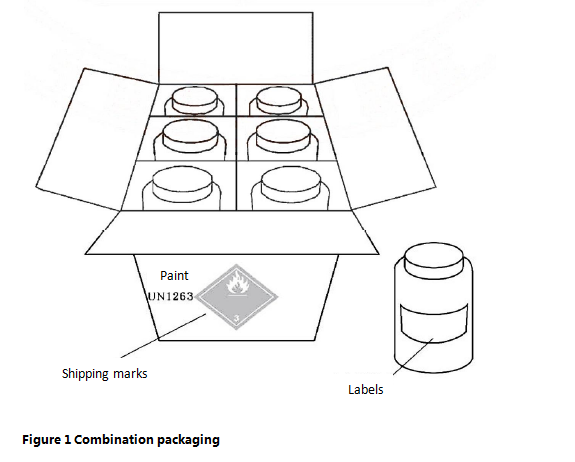 Single packaging: Both shipping marks and labels should be displayed, either on the same side or on different sides. 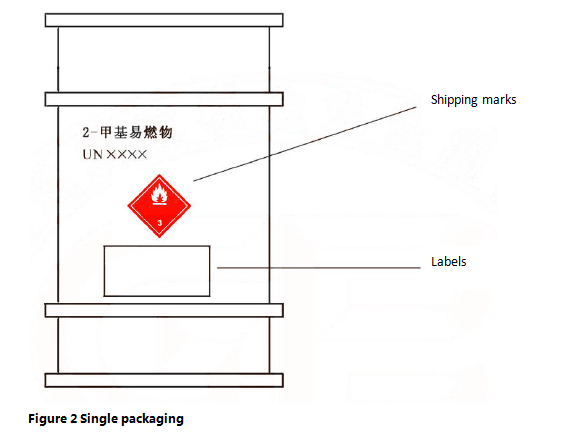 Above are the requirements of packages, marks, labels and transport qualifications for general dangerous goods. However, is it possible to effectively reduce the cost of transport? 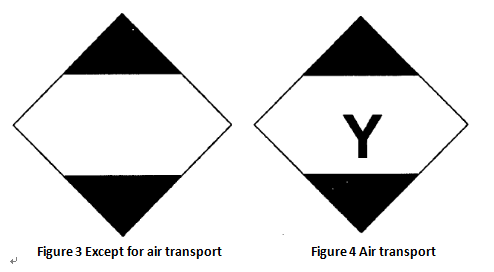 Dangerous goods applicable for transport in excepted quantities will be expressed by E1 to E5, the meaning of which are shown in the table 2 below.

Where dangerous goods in excepted quantities for which different codes are assigned are packaged together, the total quantity per outer packaging shall be limited to that corresponding to the most restrictive code. The number of packages in any freight vehicle, railway freight wagon or multimodal freight container shall not exceed 1000.

Packages should also finish 1.8m drop test and 24h stacking test. If the inner packages do not rupture or leak after the test, it means that the packages can withstand the above two tests. That is to say, the packages are available for transport.

Packages containing excepted quantities of dangerous goods should be durably and legibly marked (shown in Figure 5). The primary hazard class or, when assigned, the division of each of the dangerous goods contained in the package should be shown in the mark. Where the name of the consignor or consignee is not shown elsewhere on the package, this information shall be included within the mark.

An overpack containing dangerous goods in excepted quantities shall display the markings required by Figure 5, unless such markings on packages within the overpack are clearly visible. 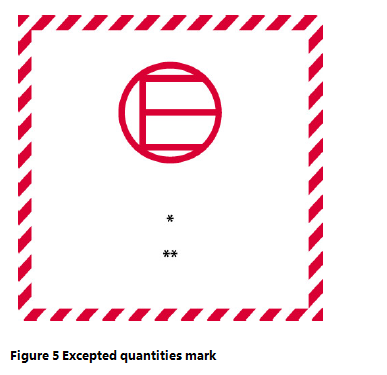 NOTE 1: Hatching and symbol of the same color, black or red, on white or suitable contrasting background

NOTE2: * The Class or, when assigned, the Division number(s) shall be shown in this location.

If a document accompanies dangerous goods in excepted quantities, it shall include the statement Dangerous Goods in Excepted Quantities and indicate the number of packages.

a) The training requirements for personnel involving the transport of dangerous goods;

How to classify dangerous goods