CIRS Summary: Latest Update of Cosmetic Regulations in China Since 2017

3 May 2018 original article from CIRS
Cosmetic

CIRS held a free webinar (download) on 17th and 18th Apr, 2018 for the Latest Update of Cosmetic Regulations in China since 2017. The presentation is divided into two parts. The first part mainly focuses on the data analysis of China cosmetic market from regulatory point of view. The second part lists the main regulations issued since 2017.

Data of registered or recorded cosmetics with CFDA or local FDAs 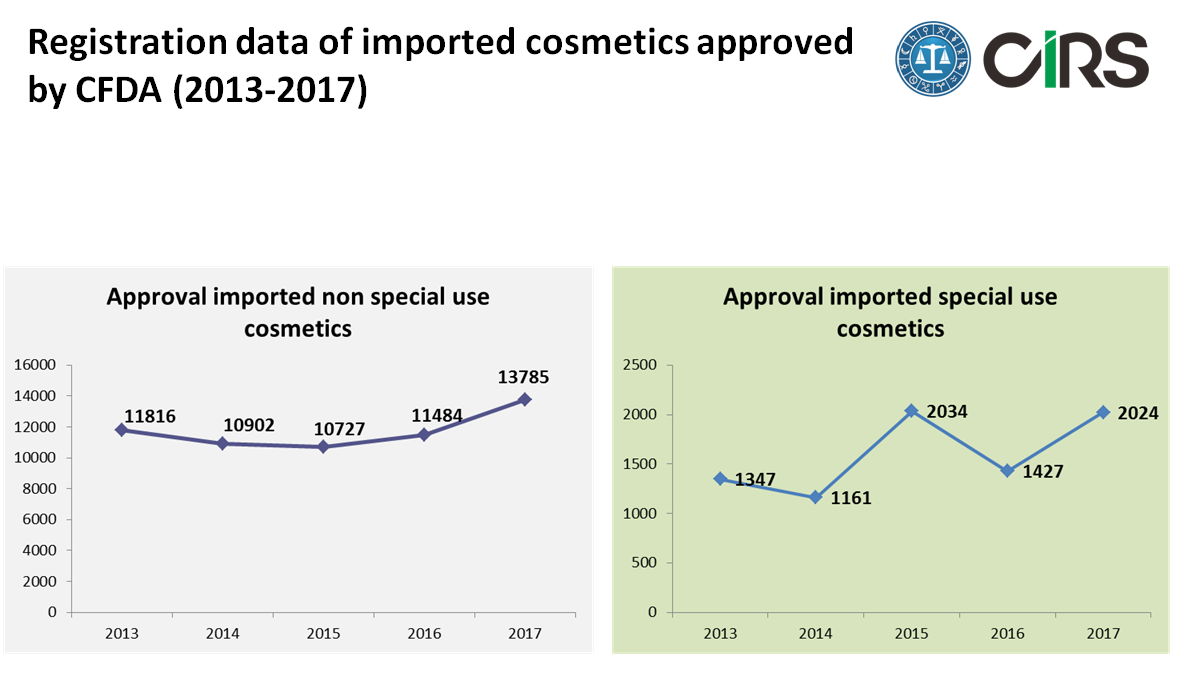 According to the pilot policy from 1st Mar, 2017 to 21st Dec, 2018, non-special use cosmetics, imported via Pudong new area, can be made record keeping with Shanghai FDA besides CFDA registration. So far, there are about 30% imported cosmetics recorded with Shanghai FDA. 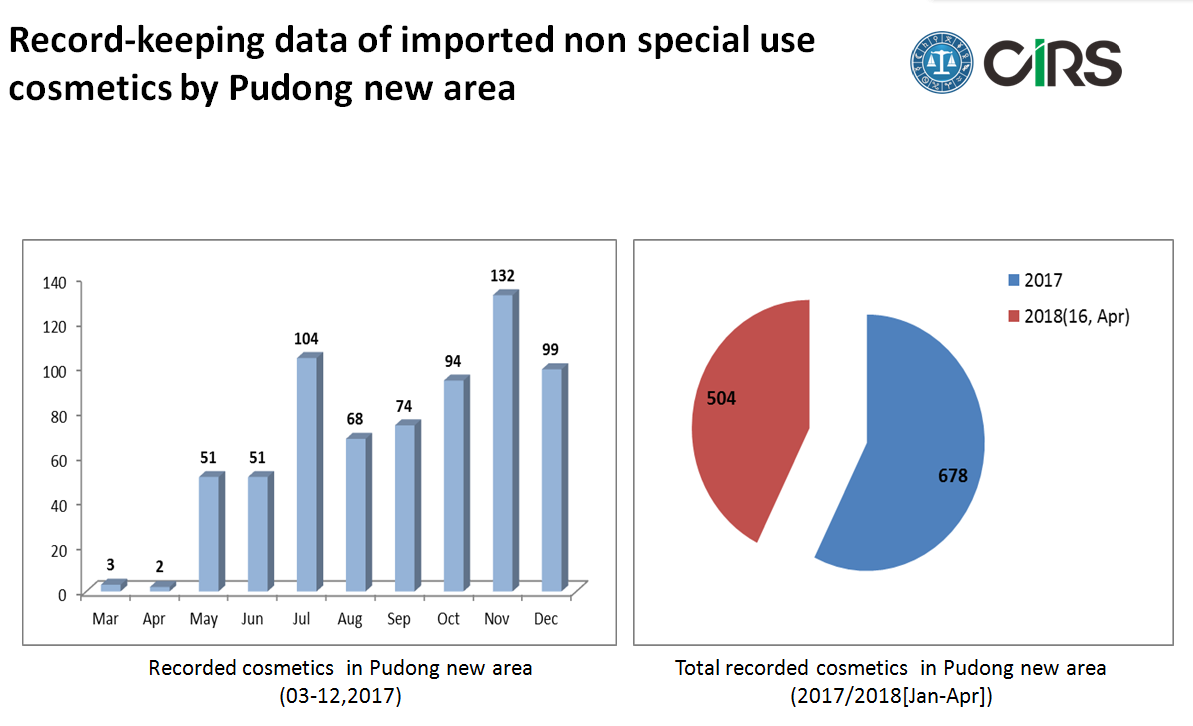 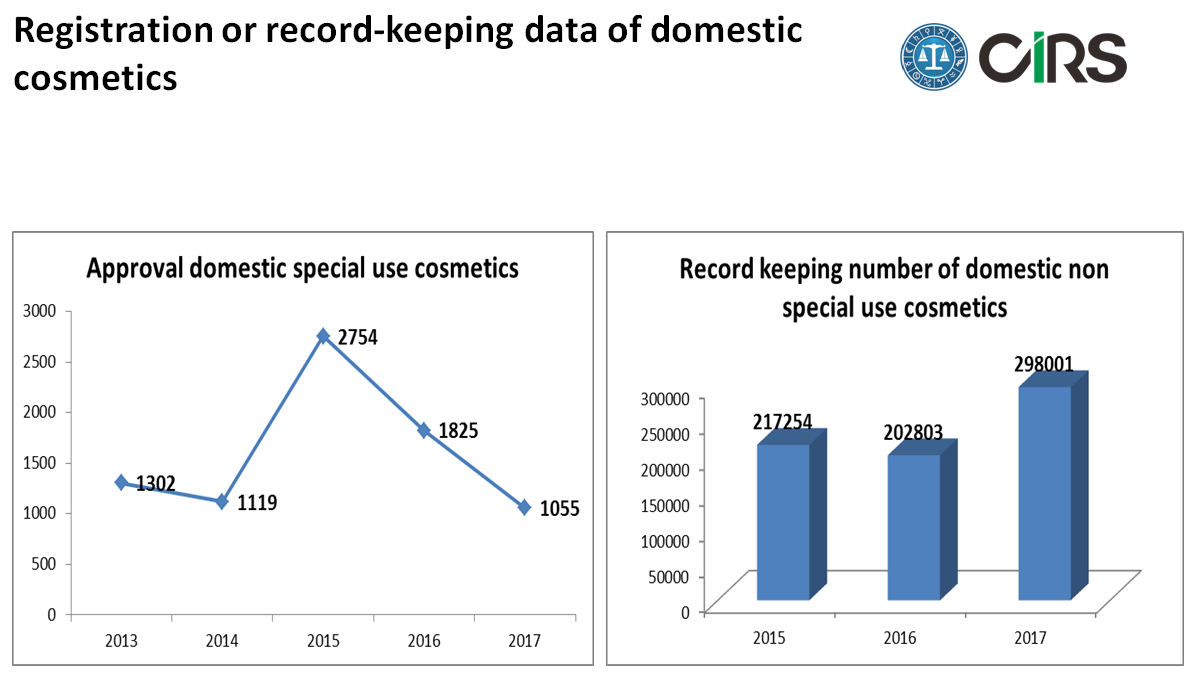 Updates of cosmetic regulations in China

The presentation includes the background, related official files, conditions, general process and detailed comparison with the CFDA registration. The main differences can be found below.

This new pilot policy will be available from 8th Mar, 2018 to 21st Dec, 2018. The 10 new free trade zones include Tianjin, Liaoning, Zhejiang, Fujian, Henan, Hubei, Guangdong, Chongqing, Sichuan and Shanxi. Zhejiang and Guangdong FDA are the first two government bodies to issue notices for the preparation work of implementing this new pilot policy. Another presentation about this topic held by CIRS can be downloaded here.

On 21st Aug, 2017, there are two alternative methods accepted by CFDA. There are the In Vitro Skin Corrosion: Transcutaneous Electrical Resistance Test (TER) and Skin Photoallergy Test. Previously, only the In Vitro 3T3 Neutral Red Uptake Phototoxicity Assay (In Vitro 3T3 NRU PT) has been adopted on 11st Nov, 2016. In 2018, another two alternative methods In Chemico Skin Sensitisation: Direct Peptide Reactivity Assay (DPRA) and Short Time Exposure In Vitro Test (STE) are consulted in public on 5th Feb. As we can see, CFDA has sped up the process of adopting non animal test method in cosmetics and cosmetic ingredients.

On 20th Sep 2017, Premier Li Keqiang highlighted in the State Council executive meeting the transition period of supervising import business of cross-border e-commerce will be extended to the end of 2018.

On November 22, 2017, the Tariff Commission of State Council released a Notice regarding the adjustment of import tariff to some consumer goods. The adjusted import tariffs will come into force on December 1, 2017. The imported cosmetics tax rate is dropped from the original 15%, 10%, 9%, 6.5% to 5% and 2%. 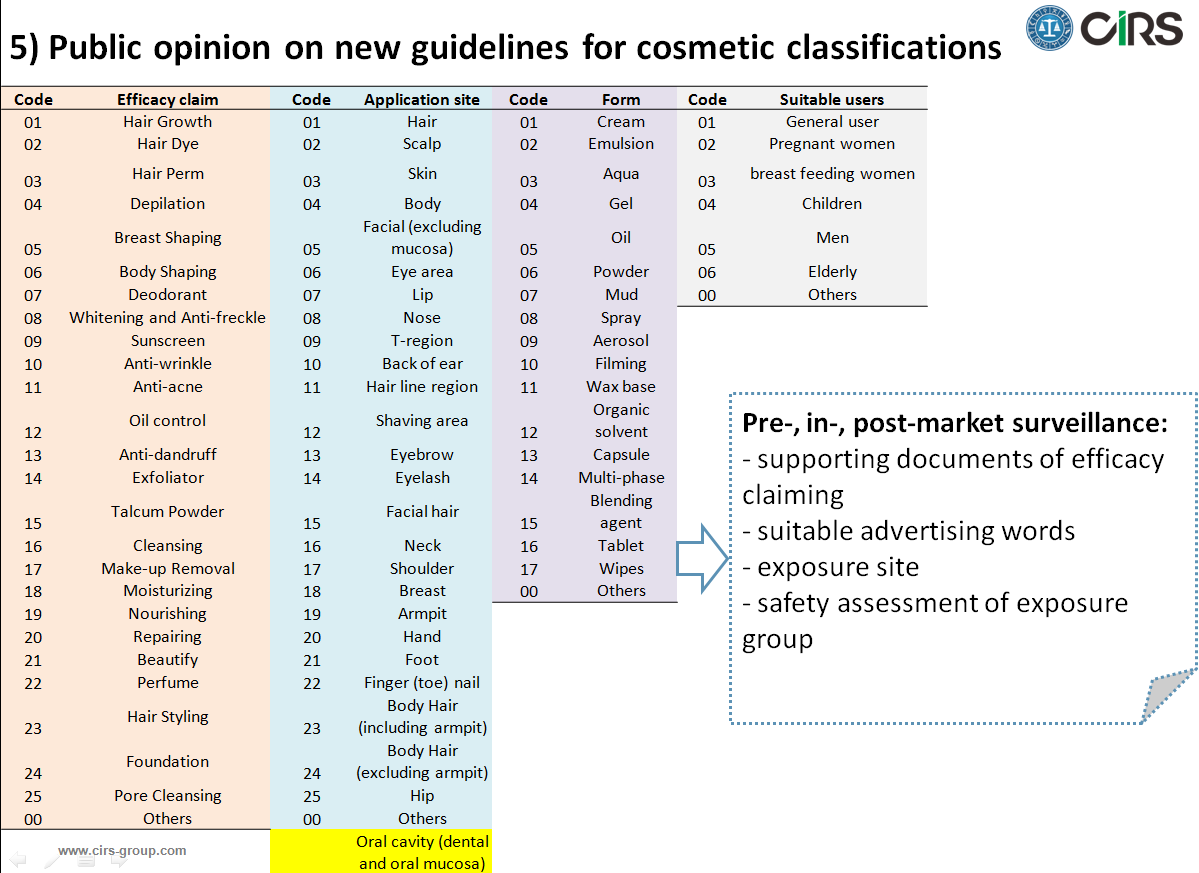 7) Guidelines for the evaluation of cosmetic claims (draft)

On Jan 24, 2018, the National Institutes for Food and Drug Control published the Guidelines for the Evaluation of Cosmetic Claims for public opinion. It is required to evaluate the specific function like sunscreen, anti-freckle, hair growth, breast shaping, fitness, deodorant, anti-aging, anti-acne, oil control, anti-dandruff, repairing, moisturizing (>2hs). The manufacturer can make the self-evaluation or appoint the third party lab to perform the evaluation. No matter whether the in vivo method on human/animal, or in vitro method, self-development method by verified lab would be acceptable.