On October 31, 2019, the official version of Regulations on Implementation of Food Safety Law of the People’s Republic of China (hereinafter referred to as “the Regulation”) was issued, which will come into force on December 1, 2019. CIRS highlighted 7 key points appeared in the Regulation that may related to imported foods.

1. National Food Safety Standards can be implemented in advance

Article 13 of the Regulation stipulates that, after the publication of the National Food Safety Standards (hereinafter referred to as GB standards), they are allowed to be implemented by food enterprises before the implementation date, but the implementation situation shall be disclosed in advance.

CIRS: a certain period often exists between the issuing date and implementation date of GB standards. There was no agreement on whether the GB standards can be implemented in advance or not. The Regulation solves the long-lasting doubts in the industry and provides a flexible operation time for relevant food enterprises.

2. Further clarify the scope of imported food without GB Standards

In the event of the importation of food without a GB standard in China, the overseas exporter/producer, or importers can submit the relevant executive national (regional) standard or international standard to the National Health Commission. If they are considered to meet the requirements on food safety, those standards shall be allowed for temporary application. Article 47 of the Regulation stipulates that foods already covered by the general standards in the GB standards do not belong to the scope of foods without GB standards in China.

3. Forbid any forms of false propaganda

Article 34 of the Regulation prohibits the use of any means, including meetings, lectures and health consultations, to make false propaganda of food. Article 73 of the Regulation states the corresponding penalties for such acts.

CIRS: In recent years, the fraud and false advertising problems of food and health food have been increasingly prominent, which bring negative impacts on the consumer health, industry development and society stability. Since 2017, 9 departments including the Food Safety Office of the State Council carried out a fraud and false advertising corrective action on food and health food across China. In 2019, 13 departments carried out the “100-Day Action” to punish the illegal activities of making false propaganda of health food. Article 34 reflects that Chinese government will further crack down on illegal activities and to provide a healthy and rational food consumption environment for consumers.

CIRS: In recent years, some unscientific evaluation reports issued by unauthorized institutions have caused troubles for consumers' awareness of food safety, and have harmed the interests of food enterprises with legal production and operation. This clause is of great significance for curbing such situation, is conducive to protecting the interests of legitimate enterprises, and creating a rational consumption environment for consumers.

5. Special food shall not be placed together with general food or medicine for sale.

Article 39 of the Regulation stipulates that special food, including health food, infant formula and foods for special medical purpose (FSMP) shall not be placed together with general food or medicine for sale.

CIRS: Some illegal behaviors, such as labeling misleading claims on the packages of drinks, candy products, etc., to lead consumers to confuse them with health food or FSMP, or exaggerating the product function, to mislead consumers that the product can treat diseases, have brought negative impacts on the development of special food industry. This clause is one of the effective ways to suppress these behaviors.

Please kindly click here to get the differences of general food, health food, FSMP, and drugs in China.

6. Clarify the sales channels of FSMP

Article 36 of the Regulation stipulates that specific nutritionally complete food shall be sold to consumers through medical institutions or pharmaceutical retailers. They can sell specific nutritionally complete food without obtaining food business licenses, but shall comply with the Food Safety Law and the provisions of the Regulation on food sales.

CIRS: The suitable crowds of specific nutritionally complete food are the population with specific diseases. This clause can effectively regulate the use of such products. For the moment, there is no relevant restriction on sales channels of other categories of FSMP products mentioned in relevant laws and regulations.

Article 38 of the Regulation stipulates that infant formula supplemented with optional added substances as per the GB standards shall not be named by the substances.

CIRS: It can regulate the name of infant formula food, preventing the excessive publicity of optional added substances in products, so that to avoid misleading. 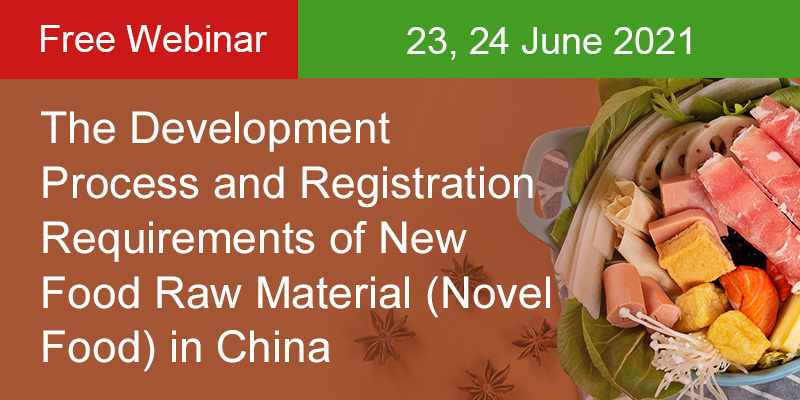 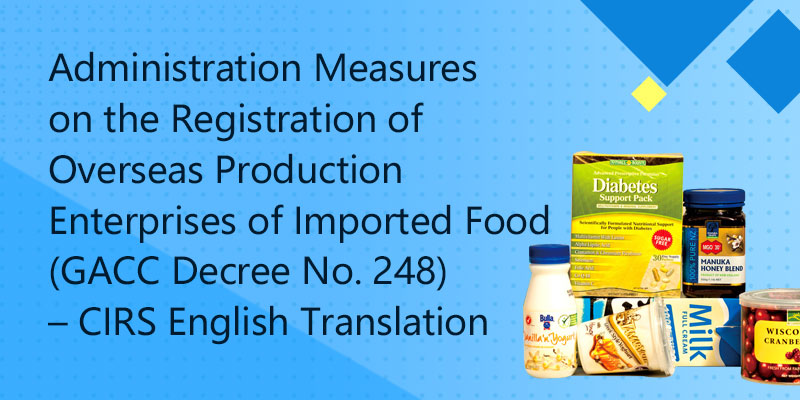